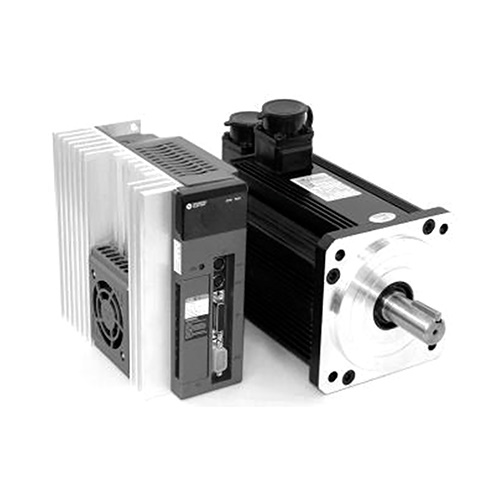 Available from NSK is a range of deep groove ball bearings adapted to the specific requirements of servomotors. Thanks to the development of special greases and a highly effective, low-friction seal, NSK solutions overcome the limitations of conventional electric motor bearings when used in servomotor applications.

For rolling bearings, servomotors present a challenge. With their frequent start, stop and reversing operations – as well as tiny corrective movements prompted by the sensor system – the typical motion profile of servomotors places bearings under intense stress. Furthermore, the frequent reversing and associated micro-vibration cause the lubricant film between the rolling element and running surface to be wiped away (without the opportunity for after-flow re-lubrication) to a greater extent than would be the case with continuous rotating bearings used in conventional electric motors.

Potential consequences include the generation of local micro-friction points on the raceways. This friction is caused when the lubricant film is insufficient and metal-to-metal contact occurs between the raceway and ball.

To surmount these issues, NSK has developed a special grease known as EA7. Compared with conventional greases, EA7 offers improved lubricating properties when subject to micro-vibrations. The grease also helps to ensure that the bearings operate with low frictional torque and correspondingly minimal power loss. In practice, the use of EA7-lubricated bearings in servomotor applications leads to longer operating life and the doubling of service intervals.

Another factor that increases the service life of servomotors is cleanliness during operation. If the bearing grease releases particles (such as metal or sulphur) that migrate to surrounding components, the encoder may become dirty. Over time, this contamination will render the motor incapable of detecting precise position. A further consequence of escaping lubricant can be slippage during braking, which again might promote inaccurate positioning.

To provide a solution to the contamination issue, NSK has developed another grease for servomotor applications, called LGU. Compared with lithium soap grease, LGU emits around 90% less sulphur and metal particles, thus contributing to the long-term cleanliness of the bearing environment. The result: service intervals are extended by a factor of 1.5.

Companies building or integrating servomotors can choose whichever grease is most suitable. EA7 extends the service life of deep groove ball bearings when subjected to the micro movements typical of servomotors, while LGU minimises the release of particles on to surrounding components, preventing imprecise positioning. These two high-performance greases are available as an option for the deep groove ball bearing series that NSK has developed for use in servomotors.

A further feature of these bearings is NSK’s DW seal, which offers a combination of exceptionally good sealing and low frictional torque. With DW seals, the company’s designers have developed an effective solution to the conflicting requirements of reliable sealing and energy-efficient bearing operation.

The range of deep groove ball bearings for servomotors is described in a new catalogue entitled ‘Bearings for Electric Motors’, which is available in print or as a PDF download at: www.nsk-literature.com/de/industrial-motor-bearings. 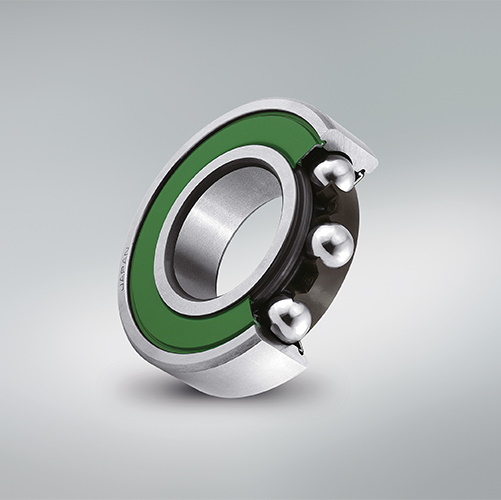