NSK, which is among the world’s top 50 automotive suppliers, made its debut appearance at this year’s Automechanika in Frankfurt. The company used the show to convey an important message: that its proven components such as wheel bearings will now be made available in the independent automotive aftermarket
(IAM). Launched under the new brand ProKIT, these products will offer exactly the same quality as NSK delivers to its long-established OEM customers.

Paul Cranston, Director of the new Automotive Aftermarket business unit at NSK Europe, draws a very positive conclusion of the company’s first trade fair appear-ance. "We had many meetings with current and potential partners at the exhibition and received a lot of feedback to further help our progress."

The number of visitors to the NSK booth exceeded expectations: "In addition to pre-agreed meetings, many distributors, who wanted to learn about our goals and strategies, came to our booth to express an interest in co-cooperation. Visitors arrived from Germany and other European countries, but also from further afield, such as Brazil and Israel, for example.”

NSK concludes that its first trade fair presence marked a successful debut public appearance for the new division. In the coming weeks and months, the company looks forward to strengthening existing relationships, widening the available product range and starting business with new partners in the IAM, from Russia to Western Europe. 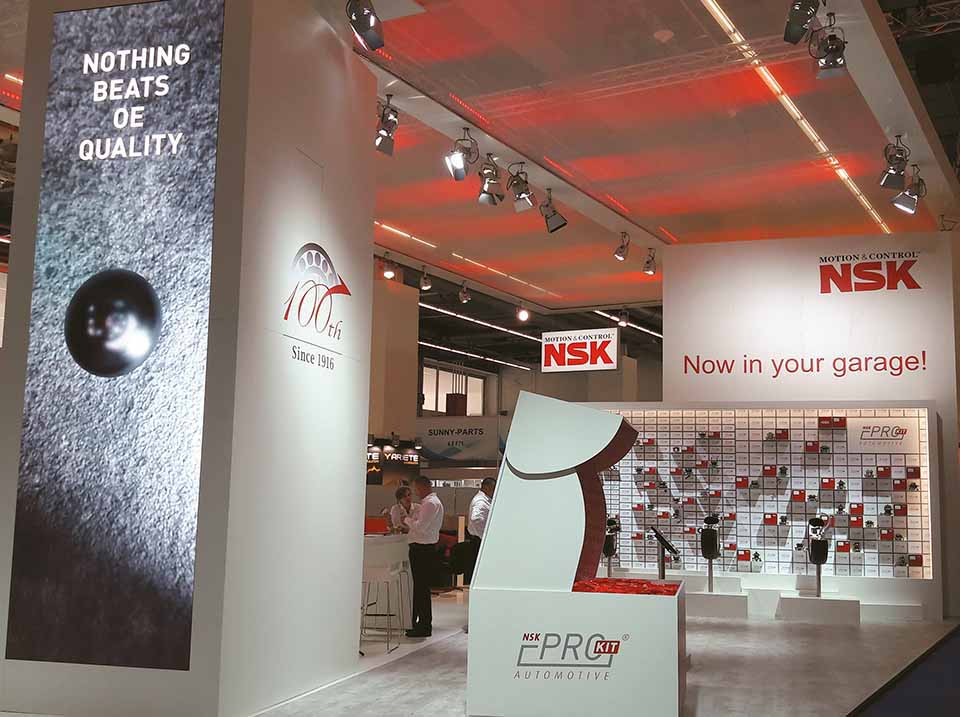