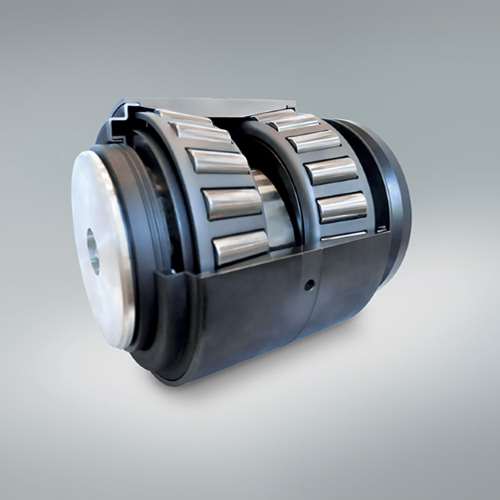 SNCF, the national railway company of France, has granted final homologation for the use of NSK wheelset bearings for TGV very high-speed trains. This confirmation is the culmination of a five-year project that has seen NSK engineers liaise closely with SNCF to ensure that exact requirements could be met. Although NSK already received similar approvals in Japan, China and Korea, it is the first time that the company has received a homologation for an application of this type in Europe. As SNCF, with the TGV, is one of the world´s major players in very high-speed rail transport and owner of numerous commercial and test world records, including the fastest wheeled train reaching 574.8km/h in 2007, NSK Europe is particularly proud to announce this homologation.

The operating conditions of wheelset bearings in railway rolling stock are very demanding.

These include high radial impact loads caused by rail track joints, the switching of points and sometimes wheel flats, as well as static and dynamic radial loads that result from carriage weight. There is also the likelihood of axial loads generated by lateral movement, as trains frequently run on curved rails or in a snaking motion. All of these forces together form complex loading combinations that act on wheelset bearings, demanding very fine tuning of the bearing’s internal rolling geometry. Add to this the necessary protection against ambient elements such as dust, sand and rain, as well as a requirement for very long maintenance intervals, and the complexity of product development is clear to see.

NSK has many decades of experience in meeting the needs of rail sector clients. From the very beginning, the company has supported the development of the Japanese Shinkansen, one of the groundbreaking innovations of high-speed rail transport. In more recent times, NSK know-how has benefitted other high-speed rail operators in Korea and China. This cumulated experience, together with NSK´s global reputation as one of the world´s major bearing manufacturers, encouraged SNCF to initiate discussions in October 2011.

Over the course of the five-year project, NSK successfully passed numerous audits of its manufacturing processes and witnessed extensive bench-testing at SNCF facilities prior to initial field testing in 2014. This major step saw 100 bearings fitted to actual TGV trains, where they were accurately monitored for up to one million kilometres and beyond.

Thanks to the company´s technical know-how in design, manufacturing and application, and matched by the motivation and commitment of the many people involved, the bearings displayed exceptionally good results. Clearly, with TGV trains running at speeds of 320km/h, there is no margin for failure. A further 300 bearings were delivered in mid-2015 for additional field tests, with final homologation granted by SNCF in 2016.

Based on NSK expertise, the TGV wheelset bearings differ from competitor products by way of optimized internal features such as roller profile, cage shape, rib shape, seal design and raceway shape. The results of these design attributes were first seen in initial bench tests, where the bearings demonstrated their long-lasting characteristics and excellent operating performance.

The 400 NSK bearings fitted to date are all still running, with most having now completed a more than one million kilometres, depending on TGV type. Thanks to this success, NSK has now received its first order for wheelset bearings as a qualified supplier to SNCF. 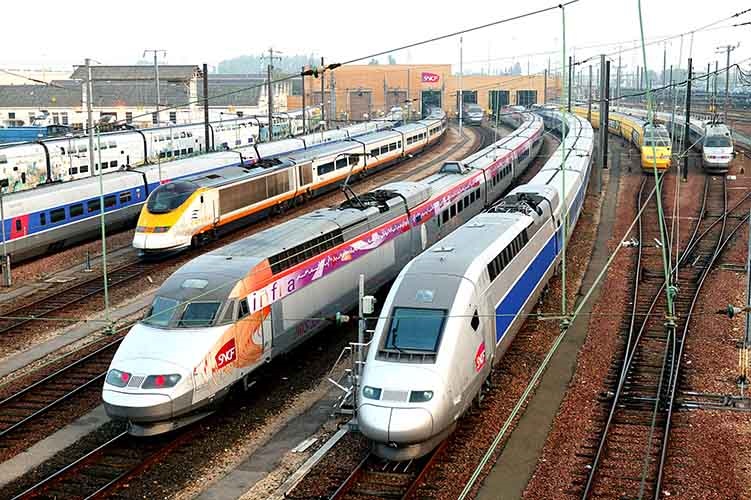 NSK has received its first order for TGV wheelset bearings as a qualified supplier to SNCF. (Photo: SNCF)