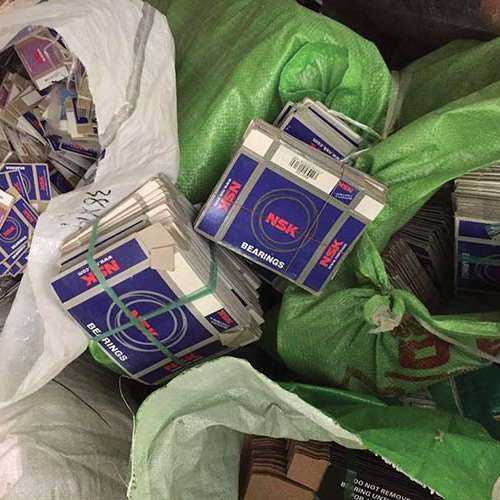 Further to the seizure of 23,000 counterfeit NSK packages and labels in Hebei Province, China, a follow-up raid has led to the discovery of yet more fake NSK merchandise. Located at a different factory belonging to the same offender, over 90,000 counterfeit bearing boxes and 10 imitation printing plates covering four major bearing companies (including NSK) were found within.

Following the discovery, the entire batch of package boxes was confiscated and taken to the warehouse of the Market Supervisory Board (MSB), the local trademark infringement office handling the case, pending the final penalty decision. In the meantime, MSB officials involved in the early morning swoop, interrogated the offender, who was caught red-handed. He confessed his wrongdoings and exposed the unscrupulous trader who ordered the fake packages.

The range of machinery and equipment found within the factory indicates the level of capability many counterfeiters have at their disposal. Several machines for printing, laminating, die-cutting, creasing and cutting were discovered. Aside from the 90,000 fake boxes, officials also found several stacks of uncut packages, most of which were NSK.

Due to its market reputation for quality, which is founded on over a century of engineering excellence, NSK has become a target brand for counterfeiters. However, NSK’s Global Aftermarket department continues to proactively protect the company’s brand image, working closely with local authorities around the world. Law and order must be enforced on counterfeiters to protect NSK from being misrepresented in bearing markets. Fake bearings not only ‘dupe’ end users into thinking they are purchasing quality products at reduced prices, they carry the risk of premature, and potentially dangerous, failure.

More information about the fake bearings industry can be found at www.stopfakebearings.com. The site is both an awareness platform and an educational resource for bearing users, helping them become more informed consumers.

Picture 1)  A printing machine was discovered in the workshop. Photo: Lingcheng 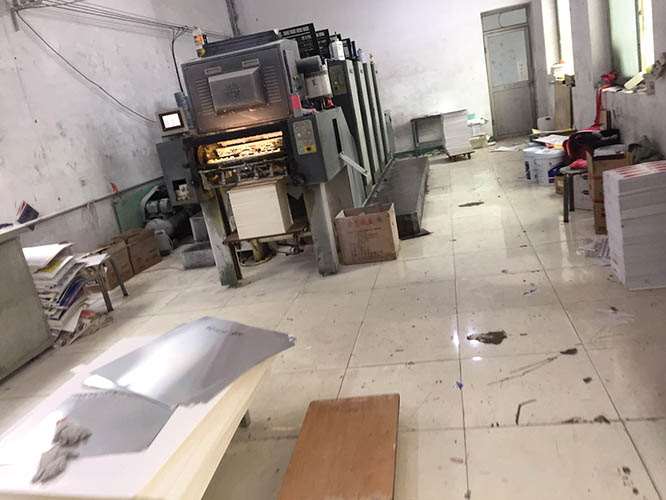