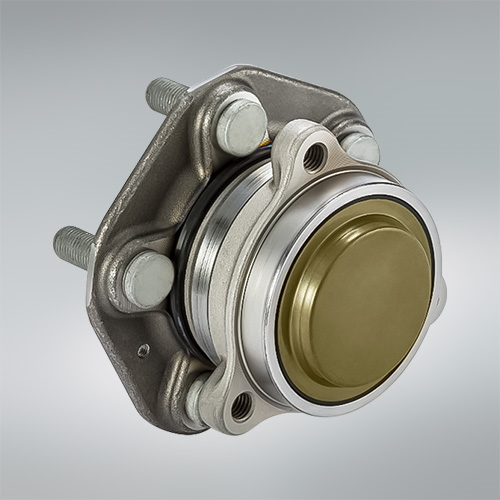 To help protect the environment and reduce CO2 emissions, the automotive industry is accelerating the development and production of vehicles that do not require fossil fuels. However, the limited travel range of these vehicles remains a significant barrier to adoption.

Reducing friction is an effective method of increasing the maximum vehicle range achievable on a single charge, especially in HUBs, which support the vehicle body and are vital to smooth wheel rotation. Accordingly, NSK directed its development efforts on the reduction of HUB friction.

The company set about implementing improvements to the base oil and thickener components of the lubricating grease used in HUBs. These enhancements included reducing the base oil viscosity, which lowers the friction caused by resistance that results from balls rolling inside the bearing. To further reduce resistance, a different type of thickener was adopted. This move also made the grease harder, helping it shift to a more optimal position within the bearing and thereby reduce stirring resistance when the balls are rolling.

The upshot of these initiatives proved to be a reduction of up to 30% in friction without undermining reliability in comparison with conventional products.

Based on NSK estimates, HUBs packed with the newly developed grease help enhance fuel economy and extend EV range by 0.6%, which is the equivalent of reducing battery weight by 1.4 kg. In addition, NSK calculations anticipate that adopting the new HUBs will help cut around 345,000 tons of CO2 emissions by 2026.

Although ideal for electric, hybrid and new energy vehicles, NSK’s low-friction HUBs can be fitted to vehicles of any kind.